Join me at my next event

House Concert at the home of Bill and Donna Konsorado

"It is my sincere hope that anyone who reads my books or listens to my music will be infused with love and cheer." 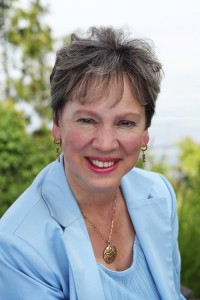 My parents married in Montreal in 1950 and moved to Vancouver so that Dad could start his new job as an assistant professor of medicine at UBC. I was born in 1951and went to Greece in 1955 to stay with my grandmother in Athens for a few years. I was imbued with a deep appreciation of the ancient Greek civilization and suffered from culture shock when I returned to Vancouver.

My mother frequently talked about the wonderful family she had in her homeland of Estonia and showed me the few pictures she managed to carry with her when she fled from the Soviet army. I was too young to understand why she could not return home and why I couldn’t meet all these wonderful relatives. This theme of my mother’s grief as a forced refugee colored my life for decades.

My passionate love of music showed at an early age. I started playing Chopin after one year of lessons. My father dearly wanted me to be a medical doctor, so I didn’t pursue music seriously until after I earned a B.A. in English (with a science minor) in 1973 from UBC. I earned my B.Mus. in 1976, and dreamed of composing music for the piano. I earned my M.A. in music from CWRU in Cleveland in 1980 and a B.Ed. from LSU in Shreveport in 1982. I taught all subjects in elementary schools while earning my M.Ed. (LSU,1986). I enjoyed teaching school for several years in Louisiana and in California and music theory and piano at a college in North Vancouver.

Once I moved to Vancouver Island I had more time to pursue creative interests. The Lee Shore Agency in Pittsburgh gave me invaluable suggestions on how to make a novel out of my mother’s story. They also edited my second novel.

The Island is an endless source of inspiration, and my two CDs are for sale in some local stores and from this site. I have given some lectures on my first book and enjoy giving solo concerts of my own compositions.
It is my sincere hope that anyone who reads my books or listens to my music will be infused with love and cheer.